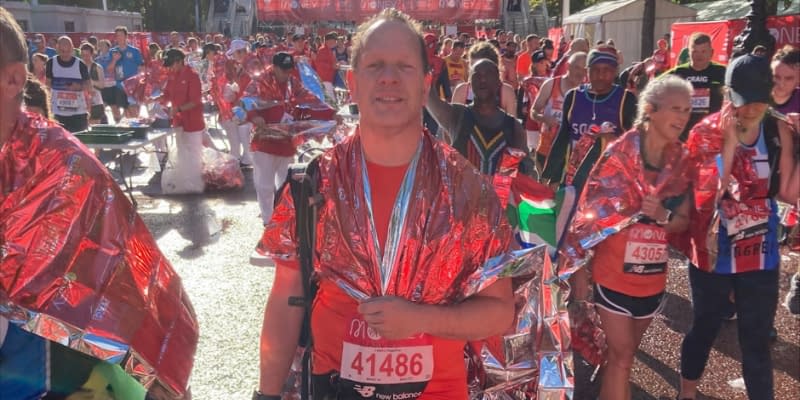 The Conveyancing Foundation Helps to Raise Over £10,000 for Yorkshire Youth Homeless Charity

A Youth Homeless Charity has Received Over £10,000 from Private Fundraising and with Assistance from The Conveyancing Foundation’s Charity Lotto

Over £4,400 has been donated by the Foundation to Roundabout, which is committed to preventing youth homelessness in Yorkshire, from funds raised by the team at Convey Law in October.

The Conveyancing Foundation enables legal practices and property businesses to raise voluntary donations from their clients during their transactions through its Charity Lotto, entering them into the monthly £500 prize draw. Nominations are then made to the Foundation for causes and charities in need of support.

Roundabout was nominated as a deserving charity by PM Property Lawyers Managing Director Harvey Harding, who has so far raised over £5,800 for the charity through his own determined fundraising.

Mr. Harding has recently successfully completed the London Marathon and a Serpentine swim in aid of Roundabout and said the charity had been at the centre of the Sheffield law practice’s fundraising efforts for several years with staff undertaking a series of challenges to raise much-needed funds.

An active fundraiser for several charities, he has previously undertaken challenges including marathons and triathlons, a winter sleep out and even a stand-up comedy stint.

“Over the last two years, I’ve not been able to do much in terms of events but have always run, swam, abseiled, thrown myself out of planes et cetera for charity.

“I therefore thought this year that I should double up both in terms of fundraising and of events because raising money for charity has been difficult during lockdown and furthermore this particular charity needs it more than most because of all the help it has provided to the homeless during lockdown.”

“The swim was joyous as the weather was beautiful. However, I followed it up with an 8 mile training run where I managed to twist my ankle! The marathon therefore was all the more difficult and, after 16 miles, my ankle unfortunately went but I still managed to finish the event.”

PM Property Lawyers’ fundraising will be further boosted by setting up its own Charity Lotto through the Conveyancing Foundation, said Mr. Harding.

“I’ve always believed in giving back and those who can, should – and in my case I’ve always tried to raise a significant sum every year for charities close to my heart. I believe our fundraising will be further boosted by joining the Conveyancing Foundation’s Charity Lotto.

“The Foundation’s Charity Lotto is a fantastic mechanism for us and for other legal and property practices to raise charity funds through voluntary donations. Thank you so very much to Lloyd and the team at Convey Law for supporting Roundabout with their Lotto donations for the month of October.”

Convey Law Managing Director and Conveyancing Foundation Chairman Lloyd Davies said he receives nominations from Convey Law staff and from others in the property and conveyancing sector for worthy causes each month to donate funds to from the Charity Lotto and had been motivated to support Roundabout by Harvey’s inspirational fundraising.

“I have worked alongside Harvey at The Conveyancing Association, where he is also a member. When we heard about his dedication to raising money for this amazing charity, we were only too happy to help and commit funds raised through the Foundation’s Charity Lotto from donations made by Convey Law clients in October to Roundabout.

“Charity Lotto clients are invited to make a voluntary £10 donation to the Lotto at the end of their transaction with the opportunity to win £500 towards their legal fees at the end of each month. This model is available to other legal, conveyancing and property businesses and I would highly recommend it as a smooth and effective mode of fundraising.”

“Roundabout strives to support young people in difficult circumstances who find themselves homeless.

“Our wraparound support ensures they are safe, have appropriate accommodation, and receive the support they need to develop the life skills, confidence, and self-esteem to progress to living independently.

“We appreciate the support of individuals, groups and companies, who want to make a difference for these young people.

“We are delighted to have the support of PM Property Lawyers in Sheffield and are very grateful for the generous donation made by Convey Law and The Conveyancing Foundation to Mr Harding’s personal fundraising challenge for Roundabout.”

The charity, which was set up over 40 years, provides shelter, support and life skills to young people aged 16-25 who are homeless or at risk of homelessness. It currently supports over 250 young people living in its accommodation every day.

Posted in Articles | Comments Off on The Conveyancing Foundation Helps to Raise Over £10,000 for Yorkshire Youth Homeless Charity