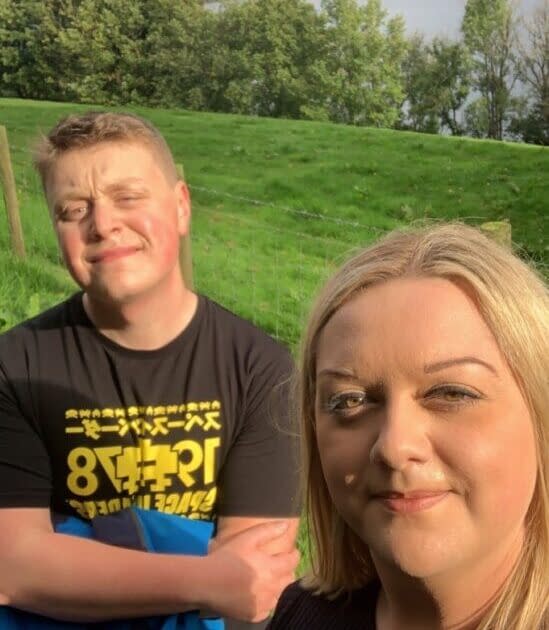 Property Transaction Donates over £3,000 to SANDS in Support of Staff Member

Property Transaction has donated over £3000 to one of its conveyancers who has undertaken a charity challenge for national charity SANDS (the Stillbirth and Neonatal Death Society) which supports families losing a baby.

The leading conveyancing practice, which has a growing reputation for charity support, pledged £1 for every 100 steps taken by conveyancer Lauren Forbes as she took on a personal challenge to take over 300,000 steps in a month.

She surpassed her total to take 310,000 steps, earning a donation of £3,100 from Property Transaction.

The funds were raised by the Property Transaction team through their clients taking part in the Conveyancing Foundation’s Charity Lotto, where clients of any legal practice or property company can donate a voluntary £10 at the end of their transaction, giving them a chance to win £500 in a monthly draw.

Lauren has been fundraising for SANDS in recognition of the support her brother and his wife received after their baby Finn was tragically stillborn at 32 weeks in 2013. In total, Lauren has now raised over £3385 for SANDS.

She said: “I am really proud to have raised this much money for SANDS. It has become a personal mission for me to raise as much as I can for them as they provide such incredible and much-needed support to families across the UK.

“SANDS really helped my brother Kyle and my sister-in-law Hannah when their little boy Finn was stillborn. Even when they went on to have their daughter April, who is now 7, my brother found it hard to walk past the delivery suite Finn was born in when he visited April and Hannah.

“SANDS provided vital help and support to them after an awful tragedy that no-one ever expects to go through when they have a baby. As their experience showed, it is not an event you can just get over but something that is always with you that you learn to live with through the invaluable help of organisations like SANDS.”

Funds donated to SANDS support anyone affected by the death of a baby. The charity works in partnership with healthcare professionals to ensure that bereaved parents and families receive the best possible care and it promotes improvements in practice and funds research to help reduce the number of babies dying.

Last year, Property Transaction also donated £1000 to SANDS after it was nominated by Lauren for a donation from Lotto funds.

Managing Director of Property Transaction Lloyd Davies said: “Charity fundraising is very important to us as a business. At the heart of this is supporting staff’s group and individual fundraising efforts as well as donating funds to worthy charities nominated by staff.

“SANDS not only carries out some vital support work when families are most in need but also funds research into the causes of neo-natal death to try and prevent further families suffering the same heartache. We are delighted to make this donation to them in support of Lauren’s impressive challenge.”

The Conveyancing Foundation also helps other businesses to set up their own Charity Lotto to raise funds for charities they wish to support. It has helped companies raise over £800,000 for their chosen charities in the last decade.

A growing number of conveyancing and property firms use the Lotto to raise funds for charities close to their hearts.

Jess Smith, Operations Director of The Conveyancing Foundation, explained: “We are very keen to help others fundraise for their own charities through our Charity Lotto. It’s a simple idea which most clients are happy to support when they are buying or selling their house but its end results are incredibly powerful as it enables the Foundation to make much-needed charity donations.

“We are dedicated to helping any other company that is interested to set up their own Charity Lotto and start fundraising for the causes they care about.”

The Conveyancing Foundation can be contacted for further information on setting up a Charity Lotto at info@conveyancingfoundation.org.uk or 01633 261794.

Posted in Articles | Comments Off on Property Transaction Donates over £3,000 to SANDS in Support of Staff Member