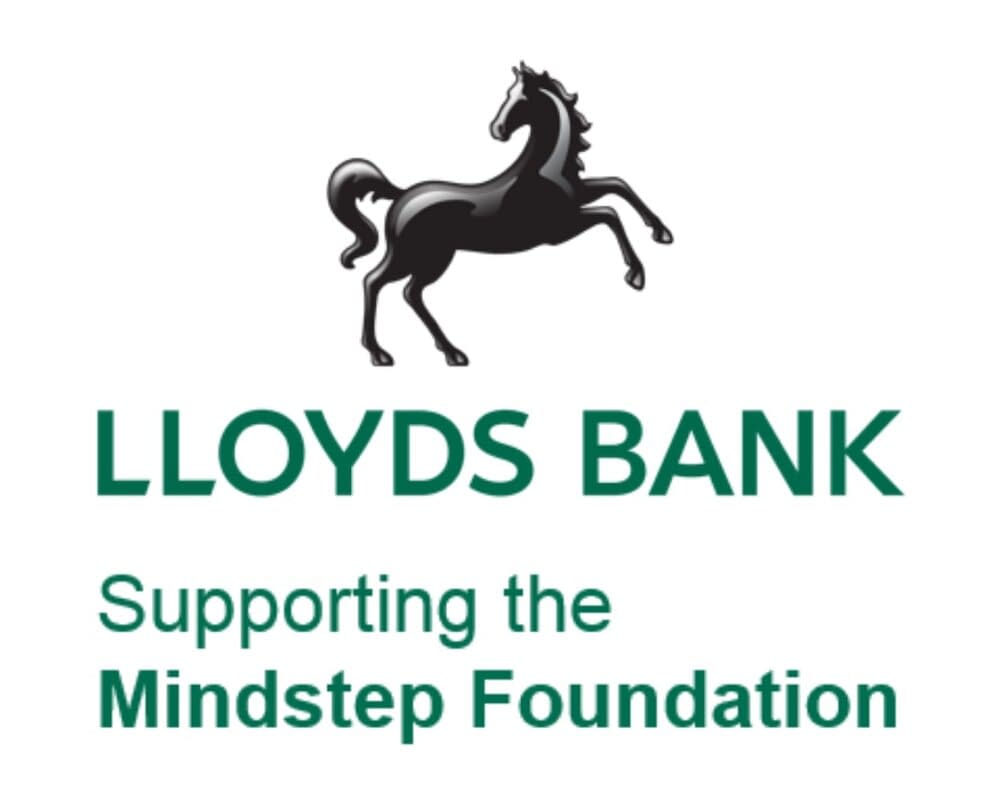 Mindstep team up with Consumer Servicing Team at Lloyds Bank

The Mindstep Foundation is delighted to announce that we are teaming up with the Consumer Servicing Team as part of Lloyds Bank. Over the coming year, we will be working closely with the team as they help to raise awareness and funds to support the work of the Foundation.

“I’m thrilled that the Digital Servicing team in Consumer Servicing at Lloyds Bank are able to support the Mindstep Foundation, and the crucial work they are doing to support suicide prevention. It is an important subject matter which touches far too many people, and I have been blown away by my team’s enthusiasm to support the charity and promote its key values. We are putting together a series of activity to raise awareness and vital funds for the foundation and look forward to supporting Mindstep as best we can.”

At the start of June, the team launched their debut challenge which ran throughout the month – the MindSTEP Challenge! This was aimed at encouraging the team to get outside for a bit of fresh air where possible, or generally be proactive at taking time to step away from their computers in support of taking care of their own wellbeing. The challenge was incredibly successful, with the team collectively walking the over halfway around the world, with some colleagues even walking more than 200k steps each week! The fundraising total finished the challenge at £1,664! We have enjoyed hearing from members of the team as they walked and ran their way to their step goal and wish them all the best with the future challenges they have planned.

We are delighted that the Consumer Servicing Team at Lloyds Bank has chosen the Mindstep Foundation to support. We look forward to working with the team to raise awareness and funds for mental health research and suicide prevention.